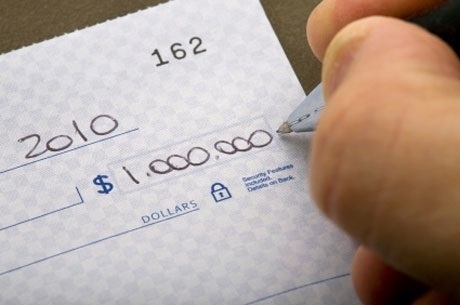 3rd Grade Math is Killing You

In 1983, I was in the third grade. That’s when I first realized that money was important. I can remember vividly that the concept of a million dollars meant you were really rich. $1,000,000 was such a magical number and it still is…and that’s a HUGE problem!

What I‘m saying is in the last 33 years people have held on to the $1,000,000 number as if it were the ultimate destination. But let this sink in for a second:

This tells me that people are simply not paying attention to money the way they should. We allow ourselves to be romantic about what seemed like a big number when we were kids but we never updated our reality.

Having a random goal like getting to $1,000,000 is not going to help you. In fact most things marketed to you are simply a way to take your eye off the most important thing: your financial behavior. Here are a few critical areas you should focus on:

It’s time to stop being romantic about $1,000,000 and get real-world practical. Your family’s future totally depends on how you behave today. If you can become aware of ideas you are holding on to that no longer apply in 2016, you have a good chance of building the financial picture you really want.