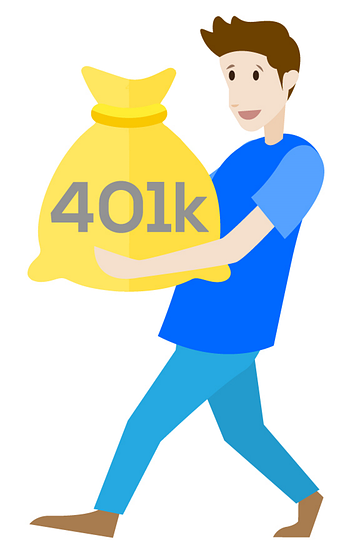 401(k) or 401(nay)? Why you should seriously reconsider traditional thinking…

Growing up, I always heard people talk about contributing towards retirement. That is what everyone is always working towards – saving for retirement, so when they finally get there, they can finally enjoy the life they always wanted, and not live in fear of running out of money (or so they hoped). I have constantly heard people talk about retirement plans as the means to achieving that – 401(k)’s, 403(b)’s, IRA’s, Roth IRA’s, SEP’s, SIMPLES, etc. As I grew up, I figured that all I had to do was save towards these retirement plans and then one day I will have saved enough, it will have grown, and I can retire – Oh, how could I be so naïve…

The biggest shift and fallacy I see is with traditional retirement plans – in this case the 401(k). Let’s go back to the year 1978. Jimmy Carter was in office, the Cowboys and Yankees ruled the sports world, “Animal House” was about to change the movie scene, Neiman Marcus sold an all-chocolate version of Monopoly, gas prices were about $0.65, the S&P 500 was at $90 per share, and the highest marginal federal tax rate was 70% (the lowest was 14%). This same year, the beloved 401(k) was also created by a man named Ted Benna (who now wishes he hadn’t created it and claims he “created a monster”). It is crazy how much has changed…

Now if you think about your traditional 401(k), what benefit do you get today by contributing to it? That’s right, you have the ability to take before-tax dollars, save them into an account that grows tax-deferred, and the figure out the tax bill on the back end when you get to “retirement”. That sounds pretty good. Save some money on taxes today, it grows over time, and pay taxes down the road. So that strategy back in the late 70s was great. You avoided paying a higher (marginal and arguably effective given that both rates were higher back then) tax, defer the growth in that account for many years, and use the money in the future when taxes (hopefully) went down. Perfect, that worked! We deferred paying a high amount of taxes on the money we contributed in order to withdraw it in the future at a lower amount. Avoid higher tax in order to pay lower? Sign me up! One other caveat of that plan though, you can use your money before you get to 59 ½, but you have to pay ordinary income tax at that time, plus a 10% penalty. So it was not very liquid or accessible.

Let’s look at a few differences in society from back then and now. Most people back then worked for “the man.” They were not entrepreneurs, and many did not have the desire to work for themselves. They were comfortable going to work every day, and having their company take care of them when they retired. They also had pensions. They could rely on someone else to save for them (i.e. those pensions). They didn’t change jobs all too often. Oh yeah, and the internet was still 5 years away!

Today we live in a society where people change jobs every few years. A lot of people have “side hustles” outside of their 9-5. More people want to work for themselves, and with the internet, more people can work for themselves. Pensions are going away at a rapid pace because of a number of reasons (people living longer than expected, plans using assumptions that were not achieved, etc.). The desire for people to have access and control over their money while people are younger is much higher today than it was 39 years ago. The economics back then were just much more in favor of that strategy.

Let’s look at the economics of that 401(k) deferred-tax strategy today. Now I have no idea what taxes will do in the future, however we have some key factors that we can make some educated guesses on. The U.S. National Debt is at $19.9 Trillion as I write this. By the time you read this it could very well be over $20 Trillion. The government will need help paying for that. What is one thing that they have control over and have the data to project revenues from? Do you think they have an idea of how much money is in employer-sponsored retirement plans (i.e. your 401(k) or 403(b))? Certainly, as a matter of fact I Googled it and found a reputable source that claims there is almost $5 Trillion dollars just in 401(k) assets, however over $25 Trillion in total retirement assets. Do you think the government is going to want some of that money, let alone need it, at one point? And if that does happen, would that imply higher or lower tax rates when that time comes? What if you make more money in the future? You get the point.

So let’s go back to a few things. First, the overall strategy of maxing out or contributing to a 401(k) in the year 1978 – to defer a higher tax (70% highest marginal and 14% lowest marginal) into the future, where taxes have gone down (now 40% highest (rounded up) and 10% lowest). That looks to be an excellent decision! Now we look at the 401(k) strategy in 2017. In potentially the “golden age” of entrepreneurship when people need access and control over their money, we contribute to our 401(k) when taxes are at 40% on the highest marginal federal tax rate and 10% on the lowest tax rate. We defer this lower tax today (and historically lower than any other time in history excluding the end of the roaring 20s and subsequent Great Depression), and subject our money to the future of where taxes go, which there is a very strong case for them to be higher as for the point I mentioned above (and many others). So, my big question for you to think about is this… Does it make sense to avoid paying a lower tax today, in order to (potentially) pay a higher tax in the future? That answer is obvious.

Said another way, what must happen to taxes in the future in order for the 401(k) strategy to be a good decision? You must be in a lower tax situation in retirement, which means either a) you work many years and can’t maintain the lifestyle you have become accustomed once you get to retirement, or b) the U.S. national debt is trending in the opposite direction than it is now. The only way that your plan works out is if taxes are lower. But if taxes are higher, you just saved a ton of money for Uncle Sam, you get less, the fear of running out of money in retirement becomes real, and you may end up being forced to work longer than you wanted to.

In full disclosure, I do not contribute to my 401(k), nor do I have plans to do so in the future. I like control and I like access over my own money, and I don’t like partnering my money with Uncle Sam.