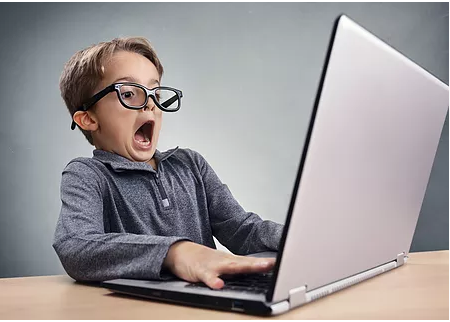 How To Destroy Your Financial Life In Three Easy Steps

Part 1; Talk to people, read the paper, or surf the Internet.

In the 2011 movie, “Moneyball” starring Brad Pitt, there is a scene where Pitt’s character is talking to his little girl who is really afraid her Dad is getting ready to lose his job as the General Manager of a Major League Baseball team.  She explains that she’s worried because if he loses his job then he will need to move and she won’t see him again.  Pitt begins to explain that he’s fine but then he asks her why she even has this fear that he may lose his job.  She says simply that she reads the Internet “sometimes”.  His response goes something like this: “Honey…stop…stop reading the Internet, or listening to the news…or talking to people”.

Moneyball is one of my absolute favorite movies of all time.  It’s about baseball, it’s about numbers, and it’s about relationships.  Doesn’t get any better!!!!  However in the quote above you see an absurd piece of advice from a Dad trying to get his daughter to stop worrying about something she doesn’t control anyway.  And the best he could come up with is essentially to stop talking to people!  I’m laughing right now as I think about the scene.

That advice may be impossible to follow.  You can’t unplug from the world.  I mean, you can but it’s probably not advisable.  And if you follow Brad Pitt’s advice to his daughter then you would hurt the chances that your investment portfolio would fail.  Remember, this series is all about how to make sure your finances DO fail.  One of the most sure fire ways I can think of is to make yourself really watch the media, surf the Net, and talk to “experts”.

Have you ever felt sick and looked up your symptoms on the Internet?  You go from common cold to strep throat to Ebola in about 3 clicks.  Everyone is dying according to WebMD…or they just have a tummy ache.  Same thing happens when you research anything on the Net about your investments.  You are sure to get lots of advice from people who know nothing about you whatsoever.  I can’t think of any better way to make sure you screw up your investments then to listen to a random Internet post.

Wait…scratch that…I’ve thought of a better way to mess up.  Forget the internet…just listen to the radio or T.V.  Nowhere in the world can you be convinced quicker that everything is ending, the world is on fire and you should do and/or buy XYZ advice if you are to survive!  Listen to a media talking head expert, they are AWESOME at getting you to mess up your investments.

Hold on…there is one more way that might just trump the rest.  Yes, now that I think about it there is probably no better way to destroy your portfolio then to listen to your buddy, brother in law, Dad, or any other person in your life who moonlights as a financial expert.  Those folks already did all the hard work of reading the Net, listening to talk show hosts etc…now they are poised and ready to help you fail. I call these people “bad advice DJs”.  They don’t have anything new to tell you, they are just like a disc jockey spinning records of someone else’s performance.

I think Brad Pitt’s advice to his daughter was spot on.  If she truly wanted to not worry anymore then she just needed to stop listening to anyone and anything.  Not likely, but it IS a solution.  The opposite is also true: if you DO want to worry and want to be sure that the worry leads you to behave in a way that will doom your investments then you should absolutely listen to everyone and everything.  After all…they are always right about what will happen in the markets right?