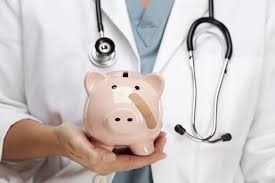 Seems like everyone has an opinion on the magical way for you to build wealth.  Today it’s really popular for people to invest in Real Estate again (because that always works!).  Well I have an opinion too…but I’m going to put my 20 years of working closely with actual people (instead of listeners of my show or readers of my book etc) behind my opinion.

In my opinion the most important part of your financial health is the way you behave with your money.  It doesn’t matter what the math says about a 30 yr. vs. a 15 yr. mortgage if you won’t follow the math with proper behavior.  It doesn’t matter what the data says about the average rate of return of the S&P 500 if you don’t behave in a way that allows you to receive the returns.  Behavior is the SINGLE most important ingredient when it comes to whether you will succeed financially or fail miserably.  And failure is not an option.  Because the future will call your bluff on your poor behavior and when it does, and you fail financially, you bring your whole family down.

The most critical function of a financial planner is to take at least one meeting to be set aside from talking about specific monetary issues and to spend an hour to get to know the people who are in front of him.  How do they operate in the world?  Is health important to them?  If so how do they exercise?  Do they pay attention to nutrition?  What about church life?  Do they attend?  Do they believe in God?  How about kids?  Do their kids play travel sports?  Why is that?  How do they react to crisis?  What crisis would put them in a place where they couldn’t move forward?  What dangers, opportunities and strengths exist in their world and are they even aware of those things?

It may seem like it isn’t the role of a financial specialist to address these issues.  However, if I can understand how the client behaves (I’m not trying to modify their behavior…just understand it) then I can actually build something for them that will work.  An example: most people will go to the gym if they know others are their waiting for them.  But not me.  I’d rather train alone.  Most people will work harder if they have a race coming up but not me…I prefer the training and would rather run the same race distance by myself at 4 am in the dark.  Weird?  Yes.  But if a personal trainer just put me on a workout routine based on math and data without getting to know my behavior then I would never achieve any positive results. I’m wired different.  I don’t want the trainer to necessarily change my behavior (unless it’s destructive) I just want him to understand my behavior and to tailor my plan for me.

I know this makes sense.  I’ve had hundreds of people tell me so.  And yet I also have dozens upon dozens of people who just don’t want to address the issue of behavior.  The biggest excuse I get is money.  I charge a separate fee (rather small I must say) to have the behavior conversation.  People seize upon that to decline to engage.  But here’s the thing: when I wasn’t charging a fee for the work, I still had people decline to deal with this stuff.  They just wanted to get to the “money stuff”.  It doesn’t work that way.  My industry is more than happy to “just get to it”.  The quicker they do that, the quicker they can sell you something.  But I’m interested in more than that.  I really want to increase the chances you will succeed.

It’s been said that in the history of man, no one has ever been successful without putting in the hard work.  I agree.  And in the context of successful finances, your odds aren’t good if you aren’t willing to understand and then tailor your decisions around how you behave.