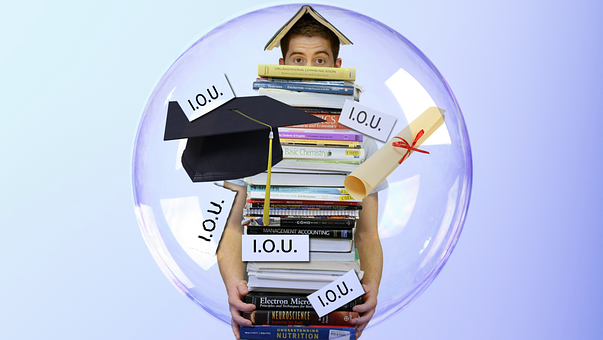 It’s no secret student loans are a huge part of many people’s lives. And if you have a graduate degree, it is probably an even bigger part of your life. But, on top of that, it is an even bigger part of the United States economy with over $1.4 TRILLION of outstanding student loan debt. So, as you can see, any changes would have enormous ramifications and ripple effects on everything. Over the last few years, the government has been trying to figure out how to change the student loan marketplace now that they are realizing millions, and even billions, of dollars could potentially be forgiven due to loan forgiveness programs. (Take for example how the Trump Administration has proposed a new plan that would send shock waves through the current state of student loans).

To be clear, nothing has changed as of now; however, things could be changing in the next few months to few years. So this article is just to make people aware of what proposals are out there, and how it could potentially affect them.

Currently, with the Public Service Loan Forgiveness (PSLF) programs if you work for a non-profit (501c3) organization for 10 years and make qualifying payments (on an Income-Driven Repayment Plan – there are 4 plans, currently) throughout those 10 years, the remaining balance is forgiven with no tax penalty. This is an extremely popular plan as there are almost 500,000 people on this plan. Also currently, people who don’t work for a non-profit (501c3) organization can also have loans forgiven, but it is after 20 years AND they owe taxes on the amount that is forgiven.

Here is what would change…

Most people I see have a loan servicer of Nelnet, Navient, Great Lakes, FedLoans, maybe a few others (there are about 9 loan servicers in total). There would be a consolidation down to one loan servicer. The 4 income-driven plans I mentioned above, where payments range from 10%-20% of discretionary income, would be consolidated down to 1 income-driven plan where payments would cap at 12.5% of discretionary income. In addition, for those not working at a non-profit, their undergraduate loans would be forgiven after 15 years (so 5 years sooner), but graduate loans (yes, Pharm.D, MD, DO, PA-C, CRNA, AA, etc.) would be forgiven after 30 years. There would also be no PSLF, so everyone regardless of employer, would be on the same plan.

Now here is where things get interesting. It is going to be very difficult for the government to come in and change things if you are years into paying on a plan and about to have loans forgiven. Think about this, you have been paying loans for 8 or 9 years and are about to have $50,000 or $100,000 or $300,000 of loans forgiven, and then they say you can’t! There would be an uproar and potentially lawsuit city. So there should be some sort of ‘grandfathered in system’ that prevents an uprising.

A quick side effect is this… many physicians I meet with decide to stay on at a non-profit organization as an attending/professor in order to get the PSLF benefits. In doing that, they can oftentimes forgo much higher salaries at a group practice or private practice in order to capitalize on lower student loan payments and PSLF eligibility. That incentive would be totally gone, and could also change the healthcare field again.

Again, nothing is official. As of now there are no changes that need to be made. The key thing is to just be aware. Understand that things may, and probably will change, at some point. You just need to be ready and be flexible enough to adjust when we need to. That’s why when we plan, we must build in flexibility; we have multiple other options, and can adjust on the fly.

If you have any questions or if there is anything I can do to help answer, please just let me know. Send an email to blakemiller@ashfordadvisors.net and I will happy to help.