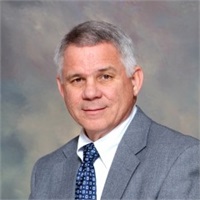 Mac Jordan began his career in the financial services industry in 1988. After 17 successful years in the industry, Mac joined Ashford Advisors in 2004. Prior to Ashford Advisors, Mac worked with Prudential where he was Rookie of the Year in 1988 and a continuous qualifier for the company’s Leaders Club. In his first two years with Ashford Advisors, he qualified for Equity Masters, a group recognizing leaders in equity production.

Mac is a member of the Society of Financial Planners. He derives great satisfaction from this career in knowing he is able to assist people in setting goals, making plans to reach those goals, and then helping them to achieve those financial goals. He focuses on work with business owners and high net worth individuals.

Mac resides in Vidalia, Georgia. He has two daughters and one son who is also with Guardian in the Boston, MA area. He is also a very proud grandfather. Mac is a member of the First United Methodist Church of Vidalia where he has taught Sunday School for over 25 years. He is active in his community where he is currently involved in the Vidalia Rotary Club and the Vidalia Citizen of the Year committee. Mac also serves as chairman of a 17-county area Workforce Board. In 1996, Mac was selected as Citizen of the Year for Vidalia. Aside from his community involvement, Mac is an avid cyclist. He averages 7,000 miles per year and has ridden the borders of Georgia; in 2012, he reached his goal of 100,000 miles on bicycle. Each summer, Mac participates in the annual Paul Anderson Youth Home Cycling Challenge, a project he helped initiate in 2005. The home has raised over $2 million through this cycling challenge and has helped hundreds of young men accomplish goals they never thought possible.