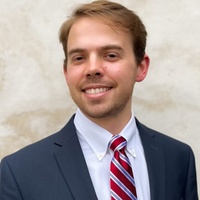 Hunt Coleman joined the Ashford Mississippi team in October 2022 after attending the University of Mississippi, where he earned an MBA and achieved Dean’s and Chancellor’s Honor Roll status.

Having seen the benefits first-hand of working with a financial professional, through his own family history, he desires to be able to educate and help others protect, build, and manage their wealth on the road to retirement.

Hunt draws his motivation from his parents, who both served in the military. Before his dad passed away in 2007, he was a Colonel in the United States Army, where he was in the Special Forces as a Green Beret.  His mom served as an Adjutant General in the Army National Guard.  She retired in having serving overseas twice, in Operations Desert Shield Desert Storm and Iraqi Freedom, as well as being named Mississippi’s Top 40 Under 40 in 2008 and Mississippi’s 50 Leading Businesswomen in 2010.

Hunt stated, “Losing my father at the age of nine was truly a turning point. After losing him, I took on a lot of rolls around the house that not many nine-year-old’s take on. Being the oldest son, I had to mature very quickly and act as a rock for my family. We miss him every day, but his memory, and the way his friends and family talk about him, inspires me every day”.

Hunt is no stranger to hard work or success. While he was in the MBA program at the University of Mississippi, he worked 35 to 40 hours per week with the Ole Miss football team and was a part of the recruiting department where he assisted coaches with constructing and monitoring their recruiting portfolio. He worked directly with both the Matt Luke and Lane Kiffin staffs, signing a top 25 and top 20 recruiting class.

Additionally, while in college, Hunt competed in the Speaker’s Edge competition, an annual speaking competition held in January 2021, that is composed of graduate students from the school of business, law, and accountancy. During this competition, Hunt won the Marketplace Pitch portion, beating out his peers. He also placed third in the Team Pitch portion of the competition. Additionally, he was the recipient of the Gunnery Sergeant John David Fry Scholarship.

Hunt is a graduate of St. Andrew’s Episcopal School in Ridgeland, MS, where he played football. He currently lives in Madison, MS and is a member of Galloway United Methodist Church.

In his spare time, he enjoys the opportunity to play football, basketball, baseball, soccer, golf, etc. and loves attending football and baseball games in Oxford, MS. Additionally, Hunt enjoys reading books about growth and educating himself on current happenings. He also enjoys hanging out with friends and vacationing in Florida. His favorite vacation spot is Rosemary Beach in Florida. It is like paradise on earth, presenting a relaxed environment, where he and his girlfriend love walking around under the trees.

Robert Hunt Coleman is a Financial Representative of Guardian.