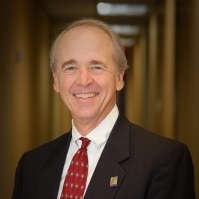 John E. (Ned) Richards has been in the financial services industry since 1975, working closely with individuals and business owners to assist them in reaching their long-term financial goals. Having personally experienced the effects cancer can have on one’s life, Ned knows and understands first-hand the importance of having a strong, coordinated financial plan.

During his 40+ years in the business, Ned has repeatedly qualified for the Guardian Life Insurance Company’s prestigious Leaders Club and Disability Income Inner Circle, groups recognized for their knowledge, production, and expertise. Ned has been a regular qualifier for the Industry’s Million Dollar Round Table. He has also qualified for the Guardian Centurion Club and has received the industry’s National Quality Award.

Ned holds the professional designation of Chartered Life Underwriter® (CLU®). He is also a member of the National Association of Insurance and Financial Advisors. In addition, Ned has conducted several seminars on retirement planning. Ned is a 1975 graduate of Georgia State University, where he received a degree in Business Administration. While at Georgia State University, Ned was a member of the Pi Kappa Alpha Fraternity and has stayed involved throughout his career. He currently serves as President of the Atlanta Alumni Association of the fraternity.

Ned and his wife, Marsha, have been married since 1976 and have three children and four grandchildren. Ned is a devoted family man and a firm believer in being involved in his community and church. Within the community, he has been an active member of the Norcross/Peachtree Corners Rotary Club, where he served as Treasurer and Community Service Director. In 2013, Ned was presented The Wesleyan Stewardship Award, given by The Wesleyan School Board of Trustees to recognize exceptional service and stewardship for Wesleyan. He and his family are members of Peachtree Corners Baptist Church where Ned is an ordained Deacon. A native of Decatur, Georgia, Ned and his wife reside in Peachtree Corners where they have lived since 1989.