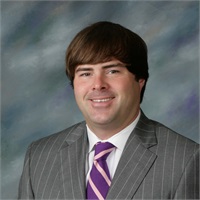 John Russell is the owner of Oxford Financial Group. Starting in the business in 2004 as Adams, Billings, Russell, and Associates, John rebranded in 2016. He enjoys working with small business owners, families, and the optometry market.

Spending 12 years with another financial firm, John was drawn to the advisor work environment and culture of Ashford Advisors, formerly Chartwell Financial Group, as well as the flexibility to run his own practice.

John and his wife, Jennifer, live in Oxford, Mississippi with their two children, John and Summer. In his spare time, John enjoys clay shooting, hunting ducks at Mallard Plantation, and live bird shooting.