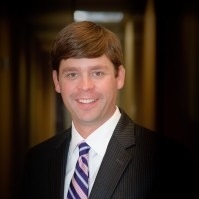 Travis Moore entered the financial services career in 2008 with a desire to impact the lives of his clients.  He decided to follow in the footsteps of his father, who has more than 50 years of experience in the industry and provided an example for the type of person Travis wants to be for his family.

Travis has been recognized by the Atlanta chapter of the National Association of Insurance and Financial Advisors as one of the “NAIFA-Atlanta’s Top Advisors Under 40” from 2011-2017.  Travis has also received recognition within (NAIFA) the firm for his many accomplishments. In 2009, Travis was presented Ashford Advisors’ most prestigious award for our new associates, the Ed Mattingly New Associate of the Year award. This award is based on a multitude of criteria which recognizes an associate’s service to his clientele, professional development and growth, as well as his leadership.  In 2018, Travis qualified for two distinguished industry awards, Guardian’s Leaders Club and Million Dollar Round Table (MDRT). Lastly, Travis is a multi-year Guardian Inner Circle Qualifier, including in 2019.

Prior to entering financial services, Travis was a sales representative for Eli Lilly & Co in their neuroscience division for five years.  Travis also worked at the Coca-Cola Company as a sales associate from 2001 through 2003, where he managed five bottlers in Tennessee and Alabama.

Travis is a 2000 graduate of the University of Georgia’s Terry School of Business, earning a degree in Finance. He was also a member of Phi Gamma Delta fraternity.

An Atlanta native, Travis grew up in the Marietta area and attended Marist where he lettered in golf four years. He lives in Marietta and has three girls, Elle, Maggie, and Caroline. He is a member of Mt. Bethel United Methodist Church.