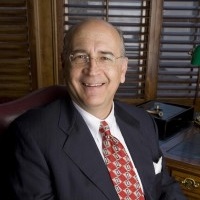 Mark Matia knows first-hand the impact that a severe disability can have on a career.  He entered the financial services industry in 1984 and built a successful career for more than 15 years until he suffered an illness that prevented him from working and caused him to be on disability claim for more than five years.  He has since recovered, not only physically, but rebuilt his business from scratch, with the same determination and drive to succeed that helped him when he began this career.

Mark is passionate about helping others to protect themselves from the kind of thing that happened to him, a disability that can change your life and your career.  He travels all over the United States speaking to more than 15 prestigious dental and residency programs, sharing his first-hand experience with disability.

During his career, Mark has consistently ranked as one of the top associates at Ashford Advisors and within Guardian in Disability Insurance. Mark has qualified numerous times for Guardian’s Disability Income Inner Circle, a group recognized for their knowledge, production, and expertise of Disability Income protection.  His other accomplishments include four Presidents Council qualifications and more than 20 Leaders Club qualifications for top producers. Mark is also a one-time recipient of the Praetorian Award as well as several Centurion awards, for protecting more than 200 and 100 lives respectively in any given year.

Mark went to the University of Georgia, where he earned his degree in Business in 1978. He is an avid Georgia fan, especially when it comes to Georgia football.

Mark and his wife, Martha, have been married since 1981 and have eight children, five girls and three boys.  He is active in the lives of his children and served on the Board of Directors for a private school that he helped found.  Mark is also very active in his church and his faith and is currently serving as VP of the North Georgia Legatus, an international organization for Catholic business and professional men and women for the purpose of integrating faith into professional lives.  His faith has played a significant role in life, both in his ability to return to and succeed in his career.  In his spare time, Mark likes to travel, workout, and practice Krav Maga with his family.