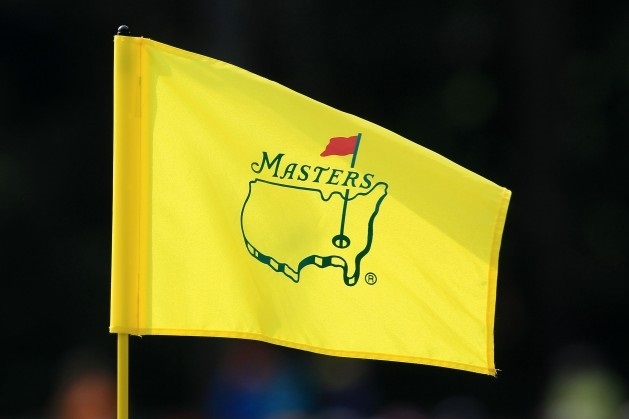 2018 Edition: How Your Favorite Golfers in the Masters Compare to Asset Classes

It’s almost here, my favorite sporting event of the year, The Masters. Growing up in Georgia, Augusta National seemed so close yet thousands of miles away all at the same time. I finally made my first trip to the event last year, after being surprised with an invitation, and it was an amazing experience. Your first trip to ANGC is special; I'll always remember mine.

Last year I went as far as thinking about the tournament field when it comes to asset classes (https://www.ashfordadvisors.net/blog/how-your-favorite-golfers-in-the-masters-compare-to-asset-classes) and got some good feedback so this might slowly become a tradition as part of my annual content. That being said, here is this year's version of "How your Favorite Golfers in the Masters Compare to Asset Classes."

Dustin Johnson (Small-Cap Stock): DJ is one of the most talked about golfers on tour. That's what you get for hitting it 330+ and marrying Wayne Gretzky's daughter, you end up with a lot of attention on you. His last start at the Masters was a tie for 4th in 2016. As a favorite in 2017, he was playing great, was the clear-cut favorite to win and...he slips and falls down a staircase at his rental house - out for the tournament. Are you serious?

Bottom line, ANYTHING can happen with DJ, good or bad, in a big way.

Tiger Woods (The Standard & Poor's - S&P 500): Historically strong, often times volatile and everyone's favorite benchmark to compare everything else. Tiger is playing very well and the TV producers couldn't be happier. At this year’s Valspar Championship had a huge rating increase with Tiger in contention. He's won 4 green jackets, has all of the experience and looks like he's close to old form. If he gets off to a decent start early in the tournament, look out.

Justin Rose (International Large Cap): The pride of Great Britain has finished 2nd twice in the last 3 years and hasn't finished outside the Top 25 in the Masters in his last 10 tries. I'm starting to assume he'll be in contention, just don't think he'll win.

Jordan Spieth (Fixed Income): Bonds tend to fall in value as interest rates rise... Jordan has been reliable and steady but hasn't been playing very well lately while some others like Tiger, Phil, and Justin Thomas have been on huge upswings. He missed the cut after playing with Tiger in the first two rounds of the Valspar. His last 4 trips to the Masters? Runner-up, Winner, Runner-up, Tie for 11th. With his putting, he seems to always be in contention if he can be above average from tee to green.

Justin Thomas (Blue Chip Stock): He's already won twice in 2018 along with a runner-up to Phil Mickelson in the WGC-Mexico event. He won the 2017 PGA Championship and the FedEx Cup. He seems to be on fire on all fronts and everyone's watching even for the weird stuff like when he threw out a fan at the Honda Classic. I could definitely see him winning his first green jacket in April.

Sergio Garcia (Developed Markets): The Spaniard, Sergio gets a bad rap. I got to meet him as a kid and he couldn't have been nicer. It was fun to watch him break through and win his first major last year. I think he'll really enjoy being the defending champ, hosting the champion's dinner, but I don't think he'll defend the title. It’s nearly impossible to go back-to-back at the Masters. Only three guys have done it, Tiger, Jack and Nick Faldo.

Phil Mickelson (Dow Jones Industrial Average): Even though its only 30 stocks, people seem to be glued to the ups and downs of the DJIA, kind of like the members of "Team Phil."

Phil's my pick to win the Masters, mainly because I'm not objective...he's my favorite golfer. Can you see how investors struggle remaining objective in volatile market environments? Phil just won a World Golf Championship in Mexico and has finished tied for 6th or better in his last 4 starts. Lefty's tend to do well at Augusta and he's already won 2 green jackets; I think 2018 will be the third.

Since I’m a financial advisor, this wouldn’t be an approved article without the proper disclosures…So just as I did last year, here are some of mine:

-Please don’t call me asking for the Jordan Spieth fund.

-Your favorite won’t win all the time…